Buzz Bites - The Choppy Waters of the Global Aquaculture Market: Can we Make Fishing Sustainable? 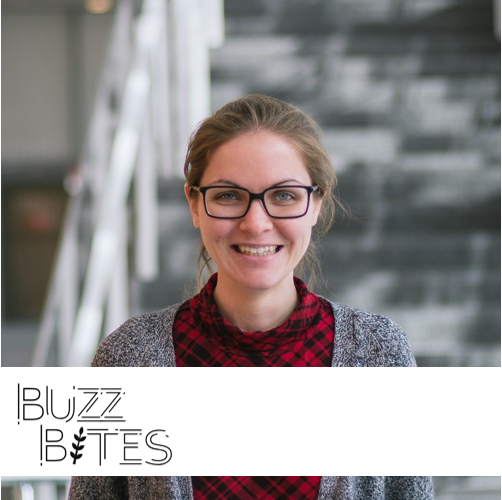 Seafood is the largest traded food commodity in the world and provides 3 billion people with their primary source of protein. 10% of the world’s population depends on fisheries for an income, and this percentage is even higher in small island states. These numbers will only increase in the next decades, with demand for seafood outstripping the growth rate of all land-based animal meat combined. The questions we should ask now are: can we meet this increasing demand with sustainable solutions? What are the main challenges facing global aquaculture?

How does fishing affect the environment?

A recent report by the Farm Animal Investment Risk & Return (FAIRR) group highlighted the diverse set of sustainability problems facing global aquaculture, not the least of which is the loss of marine biodiversity, the proliferation of invasive species in isolated marine systems, and wasteful overfishing in commercial hauling operations.

Harmful algal blooms (HABs) are another major problem, having increased in intensity, frequency, and extent in the last few years. Microscopic algae are needed to supply the base of the marine food chain; however, agricultural wastes artificially increase the amount of natural nutrients in a marine system and produce toxic algal blooms (AKA red tides). The southwest coast of Florida saw the deaths of over a hundred manatee, a dozen dolphins, 300 sea turtles, and countless fish in just 2018 – the situation was so severe that then Gov. Rick Scott declared a state of emergency.

Extreme weather is another cause for concern. El Niño events cause ocean warming along the coastal regions of South America and change the local fish distributions. Seeking cooler waters, fish normally found off Mexico will either die or move north (for example, to southern California). Climate change is preventing the recovery of fish stocks in southeast Asia; in Thailand (the world’s third largest seafood exporter), warmer waters means that fish grow to below-average lengths and coral bleaching is depleting fish food sources.

In addition to these environmental concerns, global aquaculture is riddled with divisive politics. The depletion of global fish stocks has forced commercial vessels to travel farther than usual, resulting in forced labor at sea and pervasive fish fraud (a recent DNA test of fish at American restaurants and markets found that 21% of the fish sampled was incorrectly labeled).

What are the current solutions? Government officers can be “at-sea” monitors of fisherman to make sure they do not over fish and that their hauls are properly labeled. Seafood DNA monitoring at markets and restaurants can discourage fish fraud, but it’s unlikely that these practices can become wide-reaching solutions.

The Environmental Defense Fund (EDF), a New York-based nonprofit environmental group founded in 1967 known for its development of climate-saving public policies, has already proposed a solution to sustainable fishing: catch shares. Under this strategy, there is a defined “Total Allowable Catch” (TAC) for each fish species and each fishermen/commercial outfit is guaranteed a certain percentage of the TAC. This management technique has been criticized for privatizing a public resource (the fish in the sea). Still, even if the strategy is successful, it only aims to maintain fish stock, not to improve their environment or encourage alternatives to fish.

Feed innovation is one of the main thrusts in addressing farmed fish sustainability, since the forecasted growth in aquaculture cannot be maintained at the current production level of fishmeal and fish oil. Insect-based feed is becoming a commercial reality and has already been available in Norway since late 2018. This pioneering insect feed offers an alternative to the usual fish meal and soya. The EPA is encouraging researchers and entrepreneurs to go a step further and make sustainable fish feed out of human food waste.

Fish oil is also needed to feed fish stocks, and like fish meal, cannot continue to be sustainably produced. Norway is again leading the way: the Norwegian salmon producer Lingalaks is now using a natural, omega-3 containing marine algal oil to replace fish oil in its feeds. The oil, developed by the Dutch company Veramaris, is produced on land by fermentation of natural marine algae, is free from seaborne contaminants, and can be manufactured in a highly controlled manner.

Impossible Foods and Beyond Meat have been trailblazers in the plant-based alternative meat business, but the market for fake fish is still being developed. Companies like Sophie’s Kitchen, Ocean Hugger Foods, and New Wave Foods are creating yellow pea and a starchy konjac-based canned tuna and crab cakes, as well as a raw ahi tuna made primarily from tomatoes. Product roll-outs have been limited to online sales, Whole Foods, Sprouts, and select restaurants so far (like their mock beef predecessors), but shelf availability is only a matter of time. Entrepreneurship in this space is sparking interest in other companies as well, with Impossible Foods recently announcing its foray into faux fish.