Then and Now: Haber-Bosch and the Future of Ammonia Synthesis 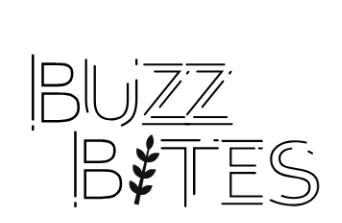 Over the past 1500 years, medical and technological breakthroughs – from the introduction of the harness for plow animals to improve crop yields in 500 AD, to flushing toilets invented in 1775, to the development of life-saving vaccines in the 20th century – have sparked massive improvements in public health. However, in terms of increasing the world’s population, the development of the Haber-Bosch nitrogen fixation process is second to none. Almost half of the global population relies on reactive nitrogen fertilizers produced through this process to grow their crops. In other words, Haber’s method to convert atmospheric, unreactive N2 to the bio-reactive ammonia (NH3) in 1908 enables the lives of more than 3 billion people today – and billions more in the generations to come.

What did Haber do to achieve such incredible results? To obtain NH3, N2 is first separated from air, the (very) stable nitrogen-nitrogen bond is broken, then these N atoms are combined with hydrogen.

What makes this process difficult is the required environment: the forced combination of N2 with H2 is executed at high temperatures (400-500°C) and high pressures (15-20MPa). To keep the process running, these extreme conditions must be maintained by a reactor’s base-load power, which necessitates large capital investments.

A chemist’s dubious past

Born in 1868 to a German-Jewish manufacturing family, Fritz Haber had the opportunity to study at several German universities and earned his doctorate in organic chemistry. From 1894 – 1911 he had an assistantship at a university in Karlsruhe, where he became interested in the decomposition and combustion of hydrocarbons. It was during this time that he laid the groundwork for future studies and production of ammonia from N2 and H2 at 1000°C with an iron catalyst.

However, Haber’s involvement with the German army during WWI has given him a controversial legacy. He developed and supplied chlorine gas to the Germans for their use on the Western Front in 1915; he also provided nitrates for Germany when the country’s supply line to Chile was cut off by the British navy. These actions seemed especially egregious to his fellow scientists when he won the Nobel Prize in Chemistry in 1918 for his work on nitrogen fixation in air. In fact, some speculate that his wife, Clara Immerwahr Haber (herself a chemist and the first woman in Germany to receive a doctorate in chemistry), was driven to suicide in the face of her husband’s military alignment. By 1933, Haber himself was facing trouble due to the anti-Jewish views of the newly powerful Nazi regime.

Weaponization aside, there were other problems with Haber’s ammonia-synthesis process. He and his student, Robert le Rossignol, patented a process that used osmium and uranium as catalysts, which are both costly and radioactive. This process also only yielded 15% ammonia – not high enough to use at an industrial scale.

Enter BASF chemical engineer Carl Bosch. He was given the job to scale up Haber’s process, and tweaked the process so that N2 and H2 gas are cooked over an iron oxide catalyst under intense pressure and heat – this ended up producing large amounts of ammonia. Bosch and his assistant, Alwin Mittasch, performed thousands of experiments in their search for the perfect (cheap and widely available) catalyst. In recognition of this work, Bosch won the Nobel Prize in Chemistry in 1931.

With the Haber-Bosch (H-B) process, farmers didn’t need manure (which had limited availability) to enrich their crops – now they could use essentially limitless amounts of artificial fertilizers. This change precipitated the Green Revolution, a massively productive agricultural period in the mid-20th century where many people were born because of the ability to grow more. In the decades following the industrialization of the H-B process, the world’s population increased from 1.6 to 6 billion people as food became more consistently available and affordable. Now, the world produces ~200.5M tons of fertilizer a year, the majority of which is nitrogen-based.

Too much energy and too many pollutants: the downsides of Haber-Bosch

Despite all the historic success, scientists and engineers today question the amount of energy needed for the H-B process, as well as its efficiency and environmental impact. Ammonia production consumes 1-2% of total global energy and contributes to ~3% of global carbon dioxide emissions. In addition, the H-B process emits laughing gas (N2O), a greenhouse gas with a global potential 310x that of CO2.

High concentrations of ammonia (caused by overuse of fertilizers) can leach into soil, and from there into groundwater, eventually acidifying water bodies and harming plant and animal life. Anti-pollution laws in the US and around the world aim to reduce this “nutrient pollution” through regulation of industrial and municipal discharges, developing “Total Maximum Daily Loads” for affected waters, and establishing drinking water regulations.

Is the future for ammonia synthesis electrochemical?

Over the past few years, the Department of Energy’s (DOE) Advanced Research Projects Agency-Energy (ARPA-E) has issued several calls for research proposals aimed at transforming the H-B process (and related fields). The agency wants to fund projects that commercialize low- and zero-carbon ammonia synthesis technologies. Several projects won awards from ARPA-E’s OPEN 2015 (a call for transformational breakthrough concept papers/project proposals) and their REFUEL program (Renewable Energy to Fuels Through Utilization of Energy-Dense Liquids).

The research groups that won grants from these programs – the University of Minnesota, RTI International, West Virginia University Research Corporation, and Wichita State University to name a few – have fallen into two categories of ammonia synthesis production:

Some researchers argue that improvements to the H-B process would only lead to incremental success – minimal increases in efficiency, slightly lower capital costs, etc.

2. Scrap Haber-Bosch and move to a completely new ammonia production system. This could involve electrochemical ammonia synthesis, using plasma excitation at low temperatures and pressures, or even creating a solid oxide fuel cell capable of reversible production (ammonia from nitrogen or ammonia and oxygen to electricity)

We may need a mixture of these technologies to effectively combat high energy and environmental costs of H-B while still maintaining current ammonia production levels. Whatever the future holds, the legacy of this fascinating chemical process lives on!